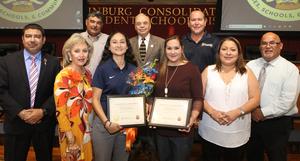 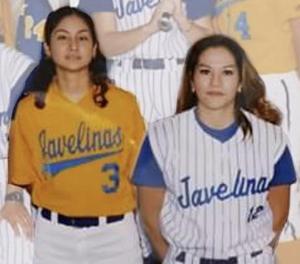 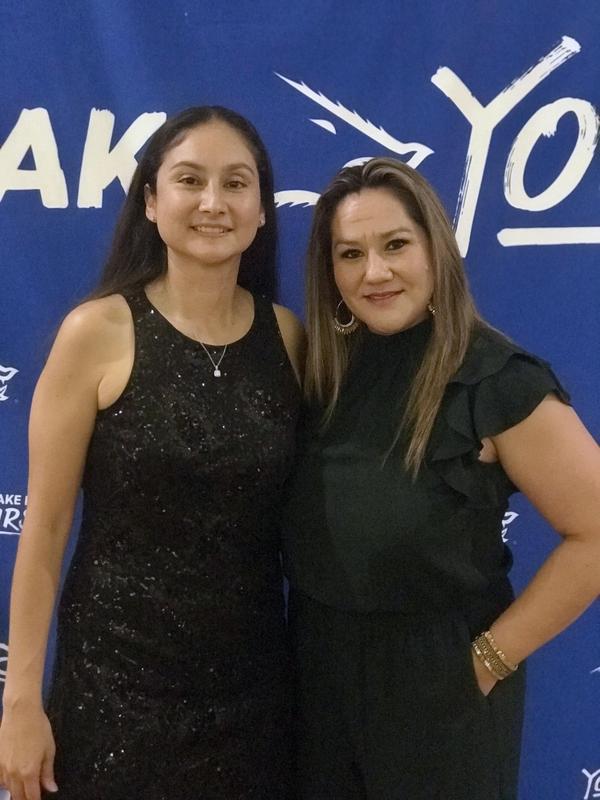 Looking through a box full of memories on the bleachers of the Economedes High School softball field, Campos and Salinas reminisced about their old college days when they played on the Javelina Softball Team at Texas A&M University-Kingsville.

“It was a small community in Kingsville, so we had a lot of community support,” Campos said. “We didn’t have all of the equipment in the world. We didn’t even have lights most of those years. Most of our games were day games.”

“I just really fell in love with softball more than any other sport and felt that I could play at the next level. So, Kingsville actually had a tryout,” Salinas said. “I got invited to go to that tryout in Kingsville. Went to the tryout. Made the team. And 17 years later, here we are.”

Coach Campos and Coach Salinas both grew up playing high school softball in small Texas towns, Beeville and Carrizo Springs, respectively. And they both did something very incredible on the softball field for the Javelinas.

In 2002, Campos and Salinas helped the Javelina softball team finish the year with a record 46-18, which set a new benchmark in wins. They clinched the Lone Star Conference Championship title for the first time in the university’s history.

They also advanced to the NCAA Division II South Central Regional Tournament, where they finished in second place.

“We had the longest winning streak,” Salinas said. “We still hold that record. Our 2002 team was the last time that they won the Lone Star Conference.”

However, competing at regionals came at a price for the team.

“We actually missed graduation, because we were in the Regional Tournament,” Campos said. “So, it was either walk the stage to receive our diploma or play in a game. There was no doubt in our mind back then. We wanted to be with our teammates on the field.”

The softball team missed its graduation, but the players still managed to graduate all together in a very special ceremony.

“Everyone has the picture of them walking the stage with their diploma. Well, we have a picture of us with our cap and gowns on the softball field,” Salinas said. “I’d rather have that picture than walking over the stage. That really is memorable for me.”

Campos and Salinas became very good friends in college. That friendship carried on into their professional career as coaches for Edinburg CISD, including a time teaching together at Economedes High School.

“I’ve known her since day one. We’re partners in the outfield. We did our student teaching together in college. We were everywhere together,” Salinas said.

And now 17 years later, Campos and Salinas are celebrating another wonderful memory together – being inducted into the Javelina Hall of Fame.

“It was an amazing feeling. It really brought back a lot of happy memories with the girls,” Salinas said. “Thank goodness for Facebook, because I wouldn’t have known what everybody looked like and how much we’ve changed over the years.”

“Getting the award was amazing,” Campos said. “But just seeing everybody and reuniting because we hadn’t seen each other in over 15 years was the best part.”

Campos said that she hopes to see some of her students follow in her footsteps.

“When I was growing up, I wasn’t the strongest person, I wasn’t the fastest person, but I was a hard worker. Nobody was going to work harder than me,” Campos said. “I think by doing that, it’s what got me to the college level and eventually into the Hall of Fame.”