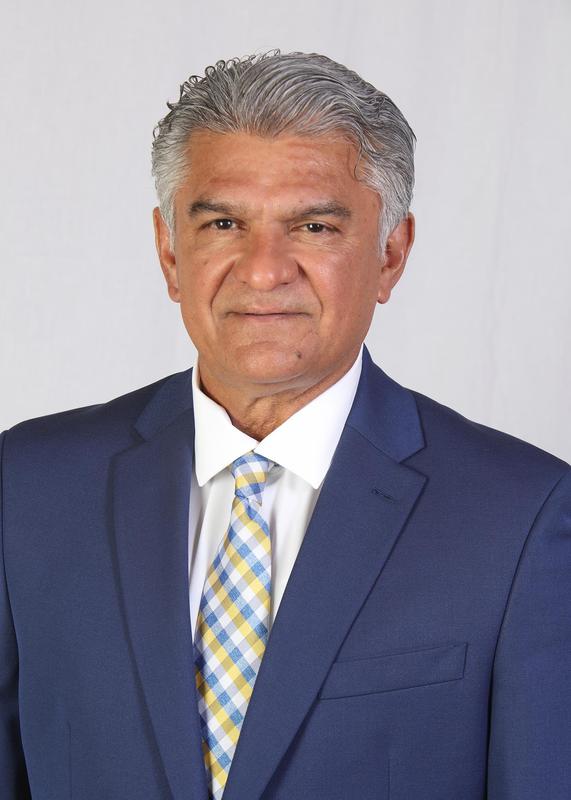 EDINBURG – The Edinburg Consolidated Independent School District Board of Trustees unanimously approved Dr. Mario Salinas as the Superintendent of Schools during a Special Called Board Meeting on Feb. 16.

For over 30 years, Dr. Salinas has worked in various capacities for Edinburg CISD, including high school science teacher, head varsity basketball coach, assistant principal, and principal at Edinburg North High School for almost 10 years. He recently served as the Assistant Superintendent for Support Services, where he managed all aspects of the District's operations since 2005.

“On behalf of the Board, I would like to congratulate Dr. Mario Salinas, as our new superintendent,” said ECISD School Board President Miguel “Mike” Farias. “I look forward to working with him and facing all the challenges we have set before us. It’s going to be a good year and a positive year. If anyone can do it, it’s him.”

Dr. Salinas said that one of his top priorities would be to enhance and improve upon the existing successful educational programs.

“One of my goals is to ensure that all of our schools have high-quality instructional programs,” Salinas said.

He has served on various boards, including the Edinburg Rising Stars Foundation, the Hidalgo County Head Start, Edinburg Boys and Girls Club, and the City of Edinburg 10-K Run.